Whether a new company like OWIT Global or an established firm, a company’s success and growth require fostering an effective change management culture and establishing a corporate wide ability to adapt as needed to both external and internal conditions that will continually evolve.

As with any organization, change at OWIT Global is inevitable.  And as a young organization, the rate of change will be impacted by the company’s early growth as well as the insurance and technology business environments that impact all companies in our space.

Change creates uncertainty and individuals react differently.  Some may enjoy the challenge and the continual evolution, while others will be fearful of the shifting status quo.

While intellectually everyone might acknowledge that change is beneficial to the organization as a whole and ultimately to the employees as individuals, resistance to change is a human response, creating an obstacle that should be foreseen and planned for.

No matter how much thought and effort goes into a change, there will always be personnel that have a difficult time. It’s important to identify those who don’t handle change well and plan for a bit of extra coaching and attention to help them adapt and hopefully see the benefit sooner rather than later.  The organization might encourage employees who are having a problem adapting to express their concerns in a “non-judgement zone” where they can walk into a manager’s office and share their perspective without being negatively impacted.

Since I know change at OWIT Global is unavoidable, anyone who joins our team will be asked to understand and assist to ensure successful change.  I also know that even with the best of intentions, human nature will kick in and create some level of resistance.  I hope to identify resistance early, empathize, and give that extra coaching.

In the end, there is no silver bullet to avoiding resistance to change, but being aware of the possibility, recognizing when it happens, and having a plan to address should be part of each organization’s change management playbook. 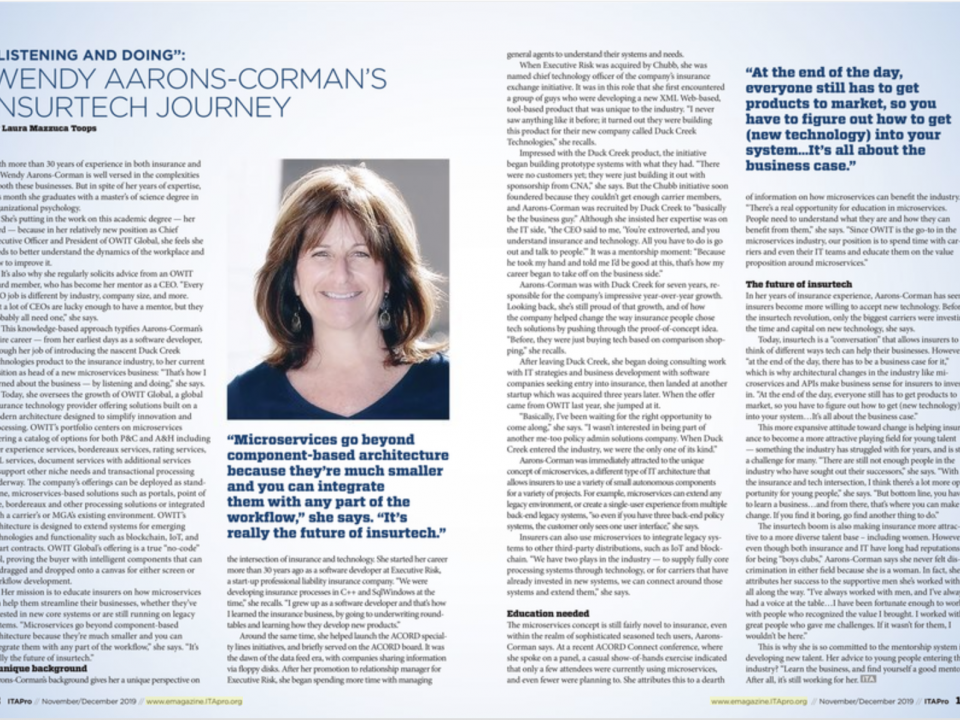 Achieving success with a growth mindset